Although I do not celebrate Christmas, I still consider it a time of hope and joy because many of my friends do.

Any time when people stop to think about peace on Earth and goodwill towards their fellow men is a good time.

Any where there is conflict or strife on the planet, I wish that we could just pause for a moment, and reflect on what we have to be grateful for and how worse it could be.

We can decide on what we can do to make it better.

This is a part of the divinity in all of us.

A couple of nights ago I had the opportunity to attend Layt al-Qadr (the Night of Power) with members of the NYU community. This event happens during the last part of Ramadhan. Layt al-Qadr is considered the most appropriate time of the entire year to pray for salvation and blessings. It is believed that a Muslim’s past sins are forgiven if the person prays throughout this night.

It is the Holiest night in the Holiest month on the Islamic calendar. I with many others spent the entire night in prayer at NYU seeking forgiveness for our sins and help from God (SWT) to accomplish our objectives in life.

It was a most enlightening experience. Normally I tend to do things in solitude but for some reasons lately I have wanted to be with other like-minded people. I found the group of university people most invigorating. Even at 60, I was able to keep up with them in prayer throughout the night.

About this night, it is said:

BEHOLD, from on high have We bestowed this [divine writ] on Night of Destiny. And what could make thee conceive what it is, that Night of Destiny? The Night of Destiny is better than a thousand months: in hosts descend in it the angels, bearing divine inspiration by their Sustainer’s leave; from all [evil] that may happen does it make secure, until the rise of dawn. [Qur’an, Chapter 97, Asad translation]

For a better description of the meaning of Layt al-Qadr than I could ever provide, I refer you to a post by Imam Khalid Latif, University Chaplain for NYU, Executive Director of the Islamic Center at NYU and Chaplain for the NYPD. He refers to it in his August 14th, 2012 blog for the Huffington Post (http://www.huffingtonpost.com/imam-khalid-latif/ramadan-reflection-day-26-laylatul-qadr_b_1776336.html?ncid=edlinkusaolp00000003).

It started with us breaking fast (Iftar) at the Islamic Center at New York University, performing the Magrib prayer and subsequent Isha prayer and later moving to a residence hall where people were to pray throughout the night.

I left the first part of the event and proceeded at a slow leisurely pace to the residence hall where the second part was held. I seemed to be trying to kill time before attending the main event. I stopped at Madison Square Park and sat for a while. I observed people strolling, other people sitting and still others just trying to enjoy this balmy evening. I took to walking along the side streets. I noticed a few hobos sleeping outside a pristine building. I wondered why this condition had to exist. They seemed so content sleeping under the stars.

Finally moving on, I made it to the residence hall. I could see that it was starting to get crowded. Perhaps more people were going to be there than originally was expected.

While waiting for the proper mindset and prayers to begin, I couldn’t help overhearing a couple of brothers talking about baseball. I thought, when was the last time you heard “suspected terrorists” talking about baseball. But then again, they weren’t suspected terrorists to me. They were my brothers in faith. They were as “American as apple pie,” with many of the same basic values as anyone else and yet I am sure they are probably highly scrutinized every time they tried to board a plane.

The Imam spoke briefly about getting in the right frame of mind for prayer and the seriousness of the event. My thoughts became more focused. I began to think about what I sought forgiveness for and what I myself needed Allah (SWT)’s assistance to do.  I also thought about the hobos, and the impoverished throughout the world. I have always been an idealist.

Finally we all lined up and began to pray in unison. I will just say that everything about the ritual was very systematic and well coordinated. My left knee began to ache halfway though, a couple of hours later, but it didn’t seem to matter to me. “God does not burden beyond one’s capacity.” It was a truly defining moment. Imagine if you can, standing before the Creator and being able to ask forgiveness for your transgressions and for hope of a better tomorrow…

Toward the end of the event, I heard the sound of thunder outside and felt as if someone was trying to get my attention. I was listening…!

In the end I prayed that Allah (SWT) listened to my prayer and supplications and acknowledged them.

I was making myself breakfast today just as any other day when I noticed that there were seven flies in the kitchen. Normally, the kitchen is bug free but there they were flying around the ceiling about to make a nuisance of themselves. I saw that one of the windows was slightly cracked open and postured that this was the way they entered the kitchen.

I wanted to eat my meal without having to experience the annoyance of these insects. Warily, I consumed my meal and watched them with the precision of a Hawk! It seemed as if they wanted to leave the kitchen but had lost their way. They flew close to the window’s opening but I wondered if perhaps if they perceived it too narrow to exit? I proceeded to open the window slightly more. Eventually all seven flies flew out the window.

I thought about this with great introspection as I finished my meal. It tasted wonderful! Allah (SWT) is Creator of all things, great and tiny. He tests and challenges us all the time. There are lessons everywhere! I believe there are Signs all around us. We must clear our minds and open our hearts to see them. I also believe that one should never give up hope. “As one window closes, a thousand more may open.” We must continue to persevere.

There are times when we may relinquish just when victory or salvation may be just around the corner! The flies were so close to the opening of the window but it seemed as if they choose not to venture out. My gesture of opening the window a little wider enabled them to escape unharmed on this particular day.

My actions cost me nothing but created harmony around me in that brief moment. Perhaps, that is a lesson as well…

Every morning I go through a ritual. First, I am thankful that I have lived to see yet another day. I compose my mind and begin my morning prayer. This can take between 15 minutes to one-half an hour, there are many people that I perform this supplication for, including myself. Then I go to the shower.

I thought about it one day that this is also a perfect time. You are as you came into the world, stripped of all adornment. All you have are the bruises and scars and the memories of times past and the hope for a better tomorrow. Washing yourself is a part of the purification process. I thought to myself, “This is a perfect time to pray!” Now I believe one should strive for purity of thought and body as you present yourself before God.

The following poem is that inspiration: 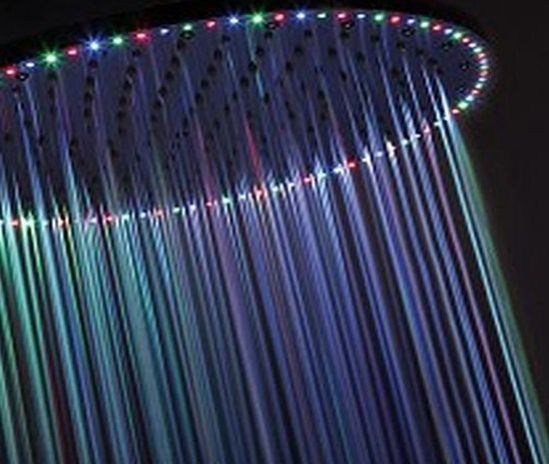 Imagine if you could shower all of your problems away.

You enter the shower only to emerge moments later with all your problems gone.

Hopefully one day He will hear me…

Hope for all that’s Good.

Place your Faith in God.